11 does not represent a large ensemble but the sum of the featured musicians in Nick Russo’s second album, which does not sound like heading towards a certain musical direction. This can be considered understandable since the guitarist composed the 9 tracks of the album within a period of several years. That’s why instead of blaming “Ro”
for lack of direction, we should notice that it includes the great variety of Russo’s interests and the sounds he was seeking during his musical evolution, as well as his considerable technique in electric and acoustic guitar and in banjo. In “Triggered” and “Mmm” we listen to him playing straight-ahead and hard-swinging mainstream, in “Dinda”
Russo plays his acoustic guitar in a breezy bossa rhythm, in “Moy Zaichick” he is heading towards fusion with Mark Turner in high moods, while in eleven-minute “Please Come Home” he is revealing his darker, more experimental and exploratory vision. Vocalist Miles Griffith makes a startling contribution with his incredible range of scats in three tracks: “Ro”, Indian tinged “Mitzvah” due to Pandit Samir Chatterjee’s tabla and “Little Hands” where he has a talk with Russo’s banjo. Overall within “Ro’s” variegation we can discern the multiple aspects of this talented musician and the promises he leaves for a further artistic progress. 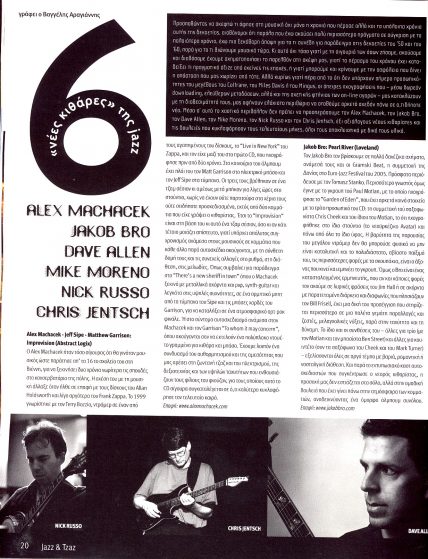 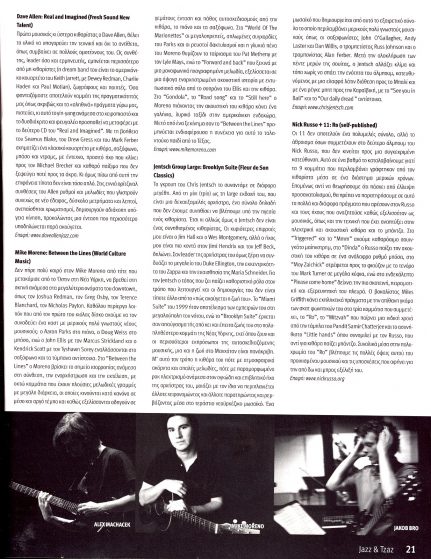